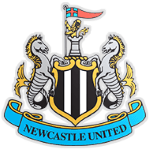 Neil Winskill is the current coach for Newcastle Utd U18.

Newcastle Utd U18 Premier League U18 Match Fixtures and Results

Newcastle Utd U18 have played a total of 21 matches in England Premier League U18. Their current statistics is 5 win, 6 draw and 13 lose.

Newcastle Utd U18 did not win their last three matches in the competition.

The overall results is shown by default. You can also analyze Newcastle Utd U18 results for their home or away matches in Premier League U18 2020/2021.

The graph shows the performance and results of Newcastle Utd U18 in Premier League U18.

Statistics & Analysis of Newcastle Utd U18

D. Stephenson is the leading top goal scorer for Newcastle Utd U18 with 7 goals.

Newcastle Utd U18 are in the 11th position of Premier League U18.

Detailed statistics of each Newcastle Utd U18 player with their photo, nationality, jersey number, position and caps.

If you want to bet on the players, you should see who are the Newcastle Utd U18 top goal scorers and which players have a disciplinary problem with the the most yellow or red cards.

Since I have join tipstar competition, I can say that I have no regret. It has saved me money I would have lost if I'd been playing with real money as I have now seen that some matches are unpredictable. Therefore I have become wiser in choosing games. I want to say thank you to soccerpunter.