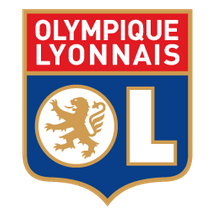 Peter Bosz is the current coach for Olympique Lyonnais.

Olympique Lyonnais have played a total of 5 matches in Europe Europa League. Their current statistics is 5 win and 1 draw.

Olympique Lyonnais did not lose their last five matches in the competition.

The overall results is shown by default. You can also analyze Olympique Lyonnais results for their home or away matches in Europa League 2021/2022.

The graph shows the performance and results of Olympique Lyonnais in Europa League.

K. Ekambi is the leading top goal scorer for Olympique Lyonnais with 6 goals.

Olympique Lyonnais are in the 1st position of Europa League and they are in contention for 8th Finals.

Detailed statistics of each Olympique Lyonnais player with their photo, nationality, jersey number, position and caps.

If you want to bet on the players, you should see who are the Olympique Lyonnais top goal scorers and which players have a disciplinary problem with the the most yellow or red cards.