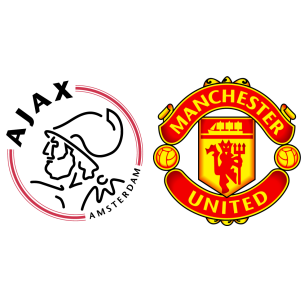 Ajax faced Schalke 04 in the quarter-finals when they had to rely on extra-time to defeat the German club. Against Olympique Lyon in the semi-finals, Ajax won 4-1 in the first leg but lost 3-1 in the away leg.

Manchester United, meanwhile, relied on scoring draws to qualify for the finals. Two 1-1 draws against Anderlecht in the quarter-finals with a goal in the extra-time helped them set up a meeting with Celta de Vigo in the semi-finals. A 2-1 win away from home followed by yet another 1-1 draw helped Manchester United secure their place in the Friends Arena.

With Jose Mourinho’s side finishing sixth in the English Premier League, Manchester United need to win the UEFA Europa League to qualify for next season’s UEFA Champions League.

Nick Viergarver is suspended while Daley Sinkgraven will face a late fitness test. Manchester United will be without the suspended Eric Bailly and the injured Marcos Rojo, Zlatan Ibrahimovic, Luke Shaw and Ashley Young.

According to Ajax vs Manchester United H2H Stats, the last two matches between these two clubs ended in a win for either side.

Although Ajax have been terrific at home with seven wins from seven games, they have struggled in the away games and Manchester United have their own problems with injuries and lack of precision in front of the goal.

It should be an intriguing match, but Manchester United are likely to win 2-1.