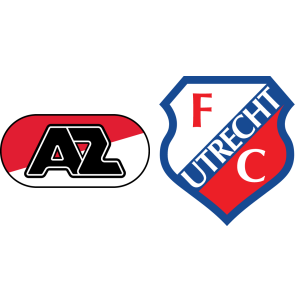 AZ Alkmaar vs FC Utrecht – AZ Alkmaar face FC Utrecht at the AFAS Stadion on 25th May, Thursday in the UEFA Europa League play-off of the Eredivisie.

While Feyenoord won the 201/17 Eredivisie with 82 points, Utrecht finished fourth with sixty-two points while AZ Alkmaar were sixth with forty-nine points. Ajax, having stood second will be playing in the UEFA Champions League qualifiers after they lost 2-0 to Manchester United in the UEFA Europa League last night.

AZ Alkmaar do not have any injury or suspension concerns but FC Utrecht will be without the injured Kevin Conboy, Patrick Joosten and Rico Streider.

“We were unable to do better this season. We are focused on winning. Double match against AZ is a beautiful poster. The weather conditions are good, the opponent is good, the stadiums that will be played are beautiful, both turfs look wonderful. That’s all fine. But it’s at the end of the day to ensure that we win. We want to redeem our season with a price, and that’s when the playoffs to win European football.”

According to AZ Alkmaar vs FC Utrecht H2H Stats, the last five matches between these two clubs resulted in two wins for either side and one draw. It should be a closely contested affair with a 2-2 draw being the most likely outcome tonight.