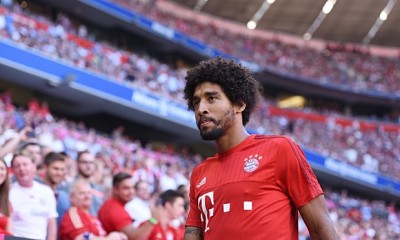 Bayern Munich defender Dante is all set to sign for Wolfsburg, after a transfer fee was agreed upon by two clubs. The Brazilian international had fallen out of favour at Allianz Arena in recent months and lost his starting spot to Mehdi Benatia and Jerome Boateng. Even during Benatia and Boateng’s absence, Pep Guardiola preferred to start Rafinha and Xabi Alonso as his centre halves.

Dante had asked for a transfer earlier this summer, in order to secure regular playing time. Wolfsburg came calling for the 31-year-old and a transfer fee was agreed yesterday. Dante has been offered a three year contract, with personal terms already agreed between Wolfsburg and the player’s representatives.

“Dante just wanted to have the chance to play regularly. We did not want to deny him this wish. Bayern experienced a very successful time with him and we want to thank him for that.”

The Brazilian will undergo a medical at Wolfsburg today, and official confirmation from Wolfsburg will happen before the transfer window shuts down in Germany. Dante had joined Bayern from Borussia Mönchengladbach in 2012 and was a key member of the Munich side which won the treble in 2012/13 season.

Wolfsburg recently sold Kevin de Bruyne to Manchester City and are also in the process of signing Julian Draxler from Schalke. The new signings will not only provide Wolfsburg the impetus to challenge Bayern munich for the Bundesliga title, after a second place finish last season, but also help them make a deep run into the UEFA Champions League.