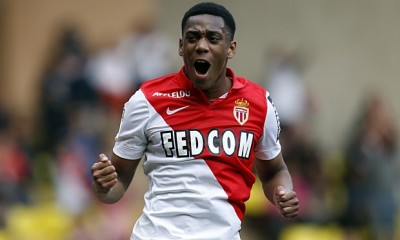 Manchester United have had one of the most exciting afternoons on the penultimate day of the summer transfer window as almost four deals are set to happen over the next twenty-four hours.

In one of the most surprising moves of the summer, Anthony Martial is all set to join Louis van Gaal’s squad after the Red Devils agreed a fee of £36m, with at least another £20m in variables. AS Monaco’s teenage forward has been linked to a host of clubs like Chelsea and Juventus, but Manchester United made a concrete offer for the Frenchman, as opposed to casual enquiries from the others.

It is widely believed that Manchester United made an initial bid around the region of £25m, which was swiftly rejected by the Monaco board. The 19-year-old will have his medical, following which official confirmation should arrive. Anthony Martial is one of the brightest young attacking talents in Europe at the moment and could prove to be extremely significant for Manchester United’s title prospects this season.

Anthony Martial signed for AS Monaco from Olympique Lyon in the summer of 2013 and was an integral part of the squad last season, making 35 league appearances. The youngest Frenchman to score 10 Ligue 1 goals since Thierry Henry, Martial has been scouted by a number of top European clubs and was attracting a lot of interest this summer. An explosive forward, possessing a burst of pace and a keen eye for goal, Martial could be just the kind of player Louis van Gaal needs his system to succeed.

Wayne Rooney has been surprisingly underwhelming for Manchester United this season. Although he scored a hattrick against Club Brugge last week, his domestic goalscoring drought continued in the weekend. Manchester United have already unsuccessfully tried to sign the likes of Pedro and Thomas Mueller. While the former joined rivals Chelsea, the latter is set to extend his contract at Bayern Munich.

United’s lack of goals and inability to create and finish clear-cut chances has cost them in the opening games of the new Premier League season and Anthony Martial could sort those out.

Manchester United have also agreed deals for Javier Hernandez and Adnan Januzaj, both of which players are in the list of outgoing players for this summer. Adnan Januzaj has signed for Borussia Dortmund on a season long loan while Hernandez has joined Bayer Leverkusen. Manchester United are also on the verge of losing David de Gea to Real Madrid, with a deal reportedly agreed upon by both clubs.