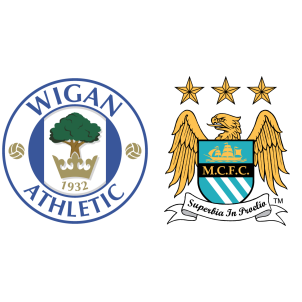 Wigan Athletic, the second-placed League One side have an uphill task tonight as they face arguably the best side in the country right now. Wigan eliminated Crawley Town, Fylde, AFC Bournemouth and West Ham in the earlier rounds, although they needed a couple of replays against Fylde and AFC Bournemouth.

Manchester City have all but wrapped up the English Premier League and are in the finals of the League Cup. Chasing a rare quadruple, Pep Guardiola’s side saw off Burnley and Cardiff in the earlier rounds of the FA Cup.

Sam Morsy is suspended while Shaun McDonald and Craig Morgan are sidelined through injuries. Devante Cole, James Vaughan and Donervon Daniels are cup-tied as well.

Manchester City will be without the injured Benjamin Mendy, Gabriel Jesus and Yaya Toure.

“We’ve got a fantastic stadium and the support inside it will make it a really good atmosphere, that’s a guarantee. Everyone can look forward to a good night of football. Football has a funny way of sending out shock results and our belief on Monday night must be that we can win the game.”