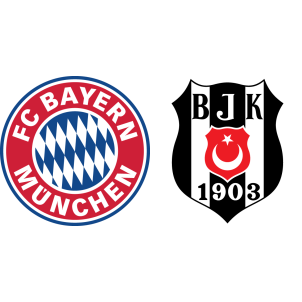 Bayern Munich vs Besiktas – Bayern Munich hosts Besiktas at the Allianz Arena on 20th February, Tuesday in the first leg of their Round of 16 UEFA Champions League fixture.

Bayern Munich finished second in Group B, trailing Paris Saint-Germain on goal difference only, while Besiktas topped Group G ahead of strong contenders Porto, RB Leipzig and AS Monaco.

While Bayern Munich have all but secured the Bundesliga, Besiktas are fourth in the Turkish League standings and are facing an uphill battle for qualification for next season’s UEFA Champions League.

Manuel Neuer is Bayern Munich’s primary injury concern while Besiktas will be without the injured Gokhan Tore and Atinc Nukan.

“The team is absolutely brilliant. You can see from their games against Leipzig that you can’t afford to underestimate them at all. We’re absolutely ready.”

“So far this season we’ve always seen ourselves as favourites. This is the first time we’re saying that we’re not going into the game as favourites. From the outside Bayern look stronger than us, but we’ll go out there and play our football.”

According to Bayern Munich vs Besiktas H2H Stats, these two clubs have never faced each other in a competitive fixture before. There have been over 2.5 goals scored in Bayern’s last 10 games in the UEFA Champions League, with the German club winning six of their last seven games in this competition.

A 2-0 win for Bayern Munich is the most probable outcome tonight.