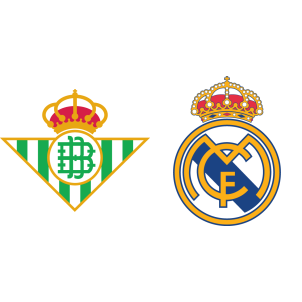 Real Betis are ninth in the league standing with thirty-three points and have won their last two games against Villarreal and Deportivo La Coruna, both by single-goal margins.

Real Madrid are coming off a motivating 2-1 win over Paris Saint-Germain in the UEFA Champions League in midweek, and have started to hit a semblance of form after their 5-2 win over Real Sociedad in their previous league outing. Zinedine Zidane’s side are placed fourth in the league standings with forty-two points.

Joel Campbell, Antonio Sanabria and Zouhair Feddal are sidelined through injuries for Real Sociedad while Real Madrid will be without the injured Jesus Vallejo and Toni Kroos.

“We’ve got five La Liga games before the Champions League return leg and they’re all important ones. Betis are a very good side and are very strong on their own patch. We know how tough it’s going to be but we’ve got our own weapons. We want to put in a good display and we’re readying ourselves to deliver a good performance.”

According to Real Betis vs Real Madrid H2H Stats, the last five matches between these two clubs have resulted in three wins for Real Madrid, one draw and one win for Real Sociedad.

Real Madrid are undefeated in 18 of their last 19 away matches in the La Liga, and have scored at least twice in each of their previous four games in this competition. A 1-0 win for Real Madrid is the most likely result.