Who Are The Favourites For 2015 Wimbledon? 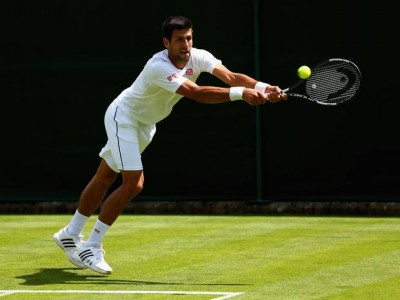 The 2015 Wimbledon Championships got underway at the All England Lawn Tennis and Croquet Club on 29th June, 2015 as Novak Djokovic began his title defence against Philipp Kohlschreiber. The 129th edition of the world’s oldest tennis tournament promises to be one of the most engaging affairs in the tennis universe, as this year’s championships have been dubbed as the most open of recent times.

Novak Djokovic is the first seed in Men’s Singles, followed by Roger Federer and Andy Murray, who have been seeded second and third respectively. In Women’s singles, Serena Williams is the top seed, as the American aims to win back her title from 2014 Women’s Champions Petro Kvitova (the second seed). Simona Halep, Maria Sharapova and Caroline Wozniacki are the other contenders for the Women’s Singles, which is likely to be dominated by the younger Williams sister.

One of the summer’s sporting highlights, the Wimbledon offers extravaganza and entertainment for the tennis lovers. Assisting the tennis punters during this period, will be Bet365, who will be Live Streaming action from the courts, and will have a host of in-play markets available during the matches. In addition, Bet365 also offers its customers with its very own Tennis Accumulator, which provides players the chance to earn a bonus of up to 50% on accumulators including matches from all the top Tennis tournaments and events. This applies to pre-match accumulators on To Win Match, First Set Winner and Set Betting markets for Singles and Doubles matches.