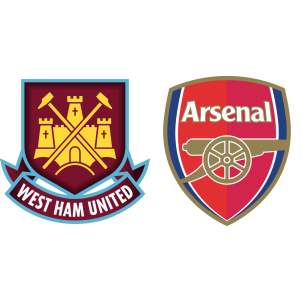 Arsenal drew against Southampton in the weekend and are now placed sixth in the English Premier League standings with twenty-nine points.

West Ham United are on an upward curve since David Moyes’ appointment. Although they lost to Manchester City, their 1-0 win over defending champions Chelsea in their previous match has taken the Hammers to thirteen points, although they are still nineteenth in the standings and firmly involved in a relegation battle.

Sam Byram, Jose Fonte and James Collins are sidelined through injuries for the home side while Cheikhou Kouyate will face a late fitness test.

The visitors will be without the injured Santi Cazorla and Aaron Ramsey with Shkodran Mustafi also in the danger of missing out.

According to West Ham United vs Arsenal H2H Stats, Arsenal have won three, lost one and drawn one of their previous five league games against West Ham United.

In fact, Arsenal have won twelve of their last fourteen games against West Ham United in all competitions, scoring at least three goals in nine of their previous eleven encounters.

Traditionally, West Ham have struggled against Arsene Wenger’s sides but Arsenal have only won one of their previous four away games in the league and come into this game in desperate search for a win to keep up with the race for a ‘top four’ finish.

A 1-1 draw is the most probable outcome tonight.