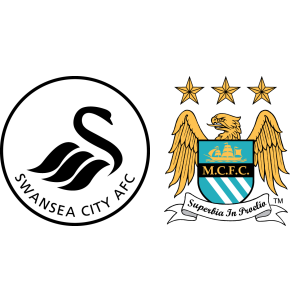 Manchester City won a fiercely contested Manchester derby against the second-placed Manchester United this past weekend and have all but secured the Premier League title having raced on to forty-six points after sixteen games.

Swansea, meanwhile, are struggling in the relegation zone as they are placed nineteenth in the league table with twelve points. Their 1-0 win over West Bromwich Albion in their last game finally ended their seven-match winless streak.

Kyle Bartley is Swansea’s only injury concern while the visitors will be without the injured John Stones, Vincent Kompany and Benjamin Mendy.

Moreover, Manchester City have scored at least 2 goals in 8 of their last 9 matches against Swansea in all competitions.

The win at Old Trafford all but handed Manchester City the title. Although the post-game fracas have resulted in a controversy, City are unlikely to be affected on the pitch anyhow.

Pep Guardiola’s side are the favorites against Swansea although the home side will be eager to show up against the potential champions. A 3-0 win for Manchester City is the most likely result.