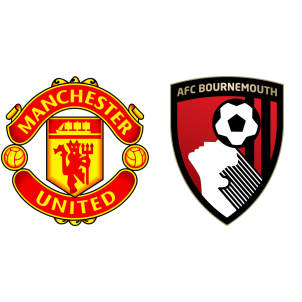 Manchester United lost 2-1 to Manchester City last weekend in what could be the title-decider, for Pep Guardiola’s side has opened up a considerable lead at the top of the table. Manchester United are placed second with thirty-five points.

AFC Bournemouth, having failed to win any of their previous four league games, are now fourteenth in the standings with sixteen points.

Paul Pogba is suspended while Eric Bailly and Michael Carrick are unavailable sue to injuries. The visitors will be without the injured Adam Federici, Tyrone Mings and Brad Smith.

“When you lose, you probably have a little bit more desire to win. Nobody likes to lose once, nobody wants to lose twice. I think that’s something that belongs to every team in the world.

When you lose a match the next one, you have that little bit of extra to give.”

There have been over 2.5 goals scored in Manchester United’s last three matches, so goals are expected in abundance tonight.

Manchester United are likely to face disciplinary action due to the post-match fracas after the Manchester derby, but cannot afford to slip up anymore domestically.

A 2-1 win for Manchester United is the most likely result.