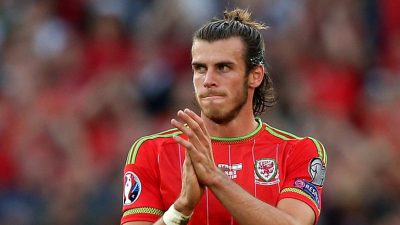 Wales vs Uruguay – Wales play Uruguay at the Guanxi Sports Centre in Nanning on 26th March, Monday in the final of the China Cup as the international break enters its second week.

Wales defeated China 6-0 as Ryan Giggs took charge of the national team for the first time while Uruguay overcame Czech Republic in a 2-0 win in their friendly.

While Uruguay are taking this competition as preparation for the upcoming 2018 FIFA World Cup to be held in Russia in summer, Wales are attempting to build up a squad capable of making a deep run in the 2020 European Championships.

The China Cup may just be a glorified international friendly competition for many, but for the Welsh players and their fans, it is a rare chance at silverware, for in spite of their immensely talented squad, Wales have failed to qualify for the FIFA World Cup for quite some time.

Uruguay, on the other hand, are trying to decide their squad ahead of the crucial World Cup campaign for this would be their best chance to make a deep run into the knock-out stages, especially considering the kind of form Luis Suarez and Edinson Cavani are in.

“I’m expecting a difficult game, as always. But these are the games you want to be playing in, against some of the best players in the world. We feel confident about the game and we concentrate on ourselves and trying to play our best game.

We feel if we do that it will be enough. At the same time, with regards to Suarez, I think that he’s one of the best strikers in the world, and he’s definitely one of the best I’ve played against.”

According to Wales vs Uruguay H2H Stats, the only previous meeting between these two nations came in an international friendly in 1986 which ended in a goalless draw. It should be a closely contested affair with a 1-1 draw being the most probable result.