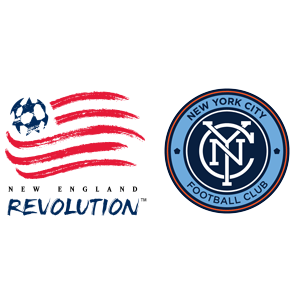 New England Revolutions are seventh in the Eastern Conference league standings having won one and lost one of their two games played so far, while New York City have made a winning start to the new campaign with three wins in the first three matches.

New York City have seen off Sporting Kansas, LA Galaxy and Orlando City in their first three games while New England Revolutions defeated Colorado Rapids in their most recent fixture after beginning their campaign with a 2-0 loss to Philadelphia Union.

Gabriel Somi and Zachary Herivaux are doubtful for the hosts while Ronald Matarrita is sidelined through an injury for the visitors. David Villa is also listed as a doubt while Alexander Ring and Rodney Wallace are on international duty.

According to New England Revolutions vs New York City H2H Stats, the last five games between these two clubs have resulted in two wins and two losses for either side and one draw.

New England Revolutions have won eight of their last nine home matches in the Major League Soccer, while New York City FC have won their last four league games, scoring at least twice in each of those games.

New York City FC, the runners-up last season, are the favorites tonight and are likely to win 2-1.