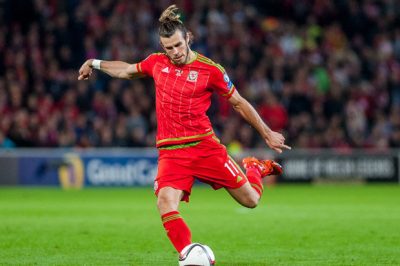 Wales vs Georgia – Wales host Georgia at Cardiff City Stadium on 9th October, Sunday in their third match of the first round of 2018 FIFA World Cup qualifiers for the UEFA nations.

Wales sit atop the Group D standings, albeit with four points – similar to Serbia, Austria and Republic of Ireland – with these nations trailing Wales on goal difference only. Wales scored four goals past Moldova in September but could only secure a 2-2 draw against Austria at Vienna two days ago.

Georgia, meanwhile, are yet to open their points tally, having lost both their games so far – to Austria and Republic of Ireland.

Joe Allen joined long-term absentee Aaron Ramsey on the sidelines with a hamstring injury. Chris Coleman has a number of midfield options at his disposal but the absence of the Stoke City midfielder could be detrimental to Wales’ chances.

Wales’ mercurial rise in the last two years has been inspirational for all the smaller European nations and their excellent performance in the 2016 UEFA Euro, when the Gareth Bale led side made it all the way to the semi-finals.

“We can’t afford to slip-up against anybody, no matter who it is. We will be gunning for three points. It is that snowball effect, we want to keep the momentum going and use the last campaign as a stepping stone.

Teams are paying us a lot more respect so it is difficult to get that space and create opportunities. That is the expectation we have set ourselves up for now. We have had a great couple of years.”

According to Wales vs Georgia H2H stats, Wales have lost all three of their previous international encounters with Georgia, scoring just one goal and conceding eight. The last time these two nations met were in a friendly in 2008, when Georgia won 2-1.

Wales are likely to win 2-0 against Georgia.