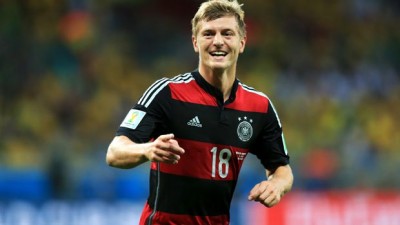 Germany vs Czech Republic – Germany hosts Czech Republic at the Volksparkstadion in Hamburg on 8th October, Saturday in their first home game of the first round of the 2018 FIFA World Cup Qualifying campaign. Having been drawn into Group C, Germany won their first game by a 3-0 margin against Norway in September.

The defending World Cup champions have been drawn into a relatively easy group alongside Azerbaijan, Czech Republic, Northern Ireland, San Marino and Norway – Joachim Loew’s men are expected to progress into the next round without much difficulty.

Germany currently top the group as only the World Champions and Azerbaijan won last month in Matchday 1, however, Germany has a superior goal difference as Azerbaijan defeated San Marino by a solitary goal only.

Czech Republic had played out a goalless draw against Northern Ireland at home and must start securing results soon, should they want to progress to the next round.

Joachim Loew’s side lack a proven striker and will rely on Thomas Muller and Mario Gotze for the goals.

“I expect us to get all three points tomorrow. The team have definitely made a good, fresh impression in the two training sessions and they look very focused about both of these games.

We know that the Czech Republic will probably be our toughest rivals in this group and they have a very experienced team with very good individuals. But I think that we are well prepared for the game and the clear aim for us is six points from these two games.”

According to Germany vs Czech Republic H2H stats, Germany have won four and lost two of the six matches played till date between these two countries. The Czech Republic have not kept a clean sheet in any of their last ten away games ad Joachim Loew’s side will start as clear favorites.

Germany are expected to win by a 3-1 scoreline tonight.