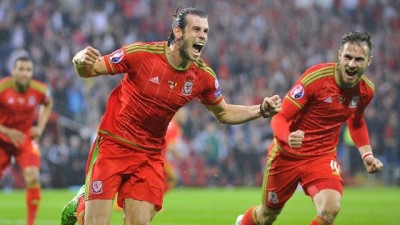 Chris Coleman has been a breath of fresh air ever since he took over the managerial reigns of Wales National Football Team from the late Gary Speed in 2012, winning games and building a young, talented squad – carving a niche for himself.

Such has been Coleman’s influence that the Football Association of Wales has offered him a long-term contract after he leads Wales into their first ever European Championship campaign, irrespective of the result in this summer’s tournament.

Qualifying automatically from Group B after they finished behind Belgium by only two points in the qualifiers, the squad has raised the expectations among the Welsh people. Wales won six out of ten matches during the qualifiers, which took Chris Coleman’s winning record to twelve out of twenty nine games the country played since the former Wales defender took charge.

Coleman is not only enthralled by the prospect of leading Wales into their debut Euro finals, but also touched on his new contract in his latest press conference.

“I want to build on the success that we’ve had. What we’ve done is in the past now – it’s what we do in the future that’s important. This is the time that we push on, break boundaries, and we’re capable of that.

We need to keep improving things and pushing each other. The [Football Association of Wales] showed that they really want me, and that was important, and I wanted to stay. I’m very happy to be sitting here knowing that I have another campaign to look forward to.”

Drawn into Group B alongside England, Slovakia and Russia, Coleman’s side has a difficult task at hand should they want to qualify for the knock-outs. While England are the absolute favorites, the presence of Russia and Slovakia totally complicates Wales’ prospects. Wales open their campaign against Slovakia on 11th June at Bordeaux with former Wales midfielder Craig Bellamy already proclaiming how it might be difficult to break down Slovakia but easier to earn a positive result against the Three Lions.

The provisional squad was announced earlier this month. While Crystal Palace’s first choice Wayne Hennessey is likely to be the first choice goalkeeper, Liverpool’s Danny Ward is an able back-up option.

The eventual performance will rest on how the Welsh defence holds up in face of constant pressure which comes with a competition of this stature. Although Blackburn’s young Adam Henley was picked in the preliminary squad, defenders plying their trade in the top level of English football such as Ben Davies, Neil Taylor and Ashley Williams are the most likely to make the cut for the final squad.

The Welsh midfield comprises of a set of technically gifted players in Arsenal’s Aaron Ramsey, Liverpool’s Joe Allen, Crystal Palace’s Joe Ledley, current Premier League champion Andy King. In spite of the fact that there are no notable names among the Welsh forwards, the presence of Gareth Bale, who will join the squad after the UEFA Champions League final uplifts the offensive strength of Chris Coleman’s side.

Wales will begin the European Championship this summer as complete underdogs, but they could very well turn out to be the dark horse, making a deep run into the competition.