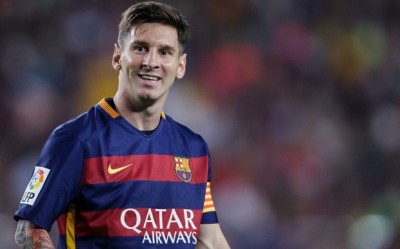 Barcelona and Sevilla will aim to do the double when they take on each other in the Copa Del Rey final at Vicente Calderon, Madrid on 22nd May, Sunday. Barcelona retained the La Liga earlier this month after a close title race among the three giants of Spanish football – Barcelona, Real Madrid and Atletico Madrid.

Sevilla won the Europa League less than a week ago when they got the better of Liverpool in the finals. Unai Emery’s side will be brimming with confidence although they face a much tougher opponent in the Catalan club.

Claudio Bravo, Sergi Samper and Sandro Ramirez are sidelined through injuries for Barcelona. Sevilla will be without the injured Benoit Tremoulinas, Reyes, Michael Krohn-Dehli and the suspended Steven N’Zonzi and Timothee Kolodziejczak. Adil Rami has been listed as a doubt as well.

“A Copa final is one of the most attractive matches that one can play in, and in the last weeks we have been working very well. Sevilla have played well against us and press very well, they beat us at their ground with more fortune than normal, and is a team that always poses problems.”

“We have won one trophy, so we believe that we can go on and win another. It won’t be easy though, Barcelona are a top team. They are a team that asks a lot of questions, and we want to give them the answers by being better than them.”

According to Head-2-Head statistics, Barcelona have won four and lost one of their last six matches against Sevilla. While Barcelona are undefeated in their previous seventeen Copa Del Rey matches, Sevilla have not lost any of their last nine matches in this competition.

With the last nine encounters between these two clubs seeing over 2.5 goals being scored in all competitions and with Sevilla scoring at least two goals in their last eight Copa Del Rey games, the final is expected to be a high-scoring affair.

Barcelona will start as favorites and are likely to win by a scoreline of 4-2.