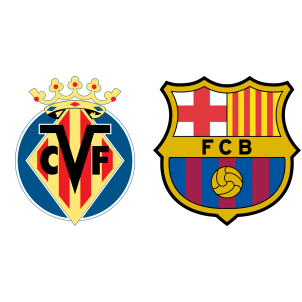 Villarreal vs Barcelona – Barcelona travel to El Madrigal to face Villarreal on 8th January, Sunday for a crucial La Liga fixture. Barcelona are second in the league standings of the Spanish top division and must win to keep up with Real Madrid who won 5-0 against Granada yesterday.

Barcelona have thirty four points after seventeen games and must win tonight, or else will fall behind Sevilla who have thirty six points after their win against Real Sociedad in their latest outing.

Villarreal are fifth in La Liga with twenty nine points. Prior to the winter break, Villarreal had won in consecutive matches against Atletico Madrid and Sporting de Gijon after a three-match winless streak.

Roberto Soldado and Denis Cheryshecv are the home side’s only injury concerns while Cedric Bakambu is on international duty. Barcelona will be without the injured Jasper Cillessen.

“We are coming into this game against Villarreal knowing how good they are as a team. We want the three points and know we will have to play very well to get them as it will be a difficult game. They are near the top of the table and they do things the right way.”

While Barcelona have won nine of their previous eleven games, Villarreal have won six of their last seven La Liga at home. A 2-1 win for Barcelona is the most probable outcome.