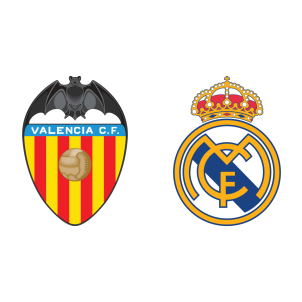 Real Madrid have struggled domestically, the defending champions are placed fourth in the La Liga standings with thirty-five points, nineteen points behind league leaders Barcelona. Zinedine Zidane’s side, however, won 7-1 against Deportivo La Coruna in their previous league game to put an end to a three-game winless streak.

Valencia, who are placed third in the league table with forty points, lost 2-1 to Las Palmas in their last game, to make it three wins and three losses in their last six league fixtures.

Ruben Vezo and Gabriel Paulista are suspended while Javi Jimenez and Jeison Murrilo are sidelined through injuries for the home side.

Real Madrid will be without the injured Luca Zidane and Jesus Vallejo. Sergio Ramos has recovered from his injury and will return to the matchday squad, but Dani Ceballos will face a late fitness test.

According to Valencia vs Real Madrid H2H Stats, Real Madrid have won two, drawn two and lost one of their previous five meetings with Valencia. Real Madrid and Zinedine Zidane are under tremendous pressure, having already fallen behind Barcelona in the race for the league title and also getting knocked out of Copa del Rey by Leganes.

With a crucial UEFA Champions League knockout fixture against Paris Saint-Germain looming in near future, Real Madrid will hope to rediscover their form. It should be a closely contested affair with a 1-1 draw being the most probable outcome.