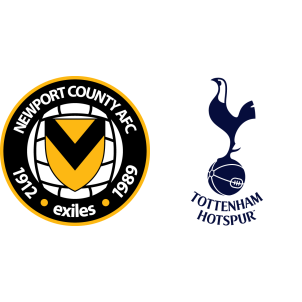 The League Two side are placed eighth in the fourth division with forty-six points, barely a point below the promotion play-offs and have already eliminated Walsall, Cambridge United and Leeds United in the earlier rounds of the FA Cup.

Tottenham Hotspur, who are placed fifth in the league standings, is likely to be an insurmountable challenge for the lower division side and won comfortably against AFC Wimbledon in their previous round.

Sean Rigg and Marlon Jackson are sidelined through injuries for the home side while Tottenham Hotspur will be without the injured Danny Rose but Toby Alderweireld is likely to make a return to the matchday squad after weeks out. Spurs also have quite a few doubts with Christian Eriksen, Serge Aurier, Harry Winks and Hugo Lloris facing late fitness tests.

“We have some big games coming up now and we have to be ready for them.”

According to Newport vs Tottenham Hotspur H2H Stats, these two clubs have never faced each other. Tottenham Hotspur have scored at least 2 goals in their last six matches in the FA Cup, winning five of those games.

Newport have scored at least twice in their last three FA Cup games, so it is likely to be a high-scoring affair. Tottenham Hotspur are the clear favorites and are likely to win 2-1 in this game.