Uruguay vs Portugal: Will this be a close encounter?

← France vs Argentina: Who will Survive?
Spain vs Russia: A Mismatch or a Surprise? → 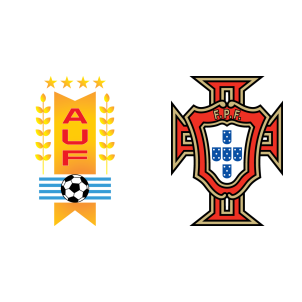 The Uruguay vs Portugal match up is definitely an exciting one as both teams have a lot to prove. The two teams without a doubt are evenly matched as we can see their head-to-head statistics that prove that this match is most likely bound to end in a stale mate after full time. Uruguay have an electric forward combination of Edison Cavani and Luis Suarez, these two goal scoring machines are going to be a thorn in Portugal’s flesh without a doubt. As for Portugal they have their own legendary player, Cristiano Ronaldo who has achieved almost everything in world football apart from the elusive World Cup winner title.

The Uruguay vs Portugal match up will act as their fourth match up as the two teams have met three times before and this is their first World Cup encounter. In those three meetings Portugal had the best of Uruguay after winning once and drawing once but they are yet to clash in such a platform. This may seem as an advantage for Portugal until you look at their group stage performance where Uruguay have performed clinically and came out with the 9 points and unbeaten.

The 2018 World Cup has been full of twists and turns but Uruguay has managed to come through unscathed. They have not conceded a goal so far in the tournament, but they have has 6 shots on target that were saved. This statistic proves that they are a solid team from the back all the way to the front. This team has kept a clean sheet something that fewer teams if any can attest to. They have three wins under their belts looking for a forth later today, if they carry on like this they may repeat their 1930 exploits that led them to win the tournament. Uruguay have scored five goals and they have done it in impressive fashion all of them from set pieces. 3 from corner kicks and 2 from free kicks, any team that can take advantage of their opponents mistakes and capitalize on them that is a team to look out for.

As for Portugal they have had a nail biting experience in this tournament, their first match against Spain was a 3-3 draw, they beat Morocco, and had quite the match with Iran. This journey to the knockout stages has not been an easy one for them as they have had to fight to get here. Portugal have a good team as well and they have Cristiano Ronaldo to build their morale when the going gets tough, he will be playing his 38 World Cup match which ranks him at the top with another German player. All Portugal’s goals have come from outside the box, which means they have that trick up their sleeves and they can pull it out at any moment. Ricardo Quaresma scored such a goal against Iran and it was impressive and we know that Ronaldo has no problem converting his long range shots. With such a mix of talent from this team we can expect anything.

Uruguay vs Portugal will definitely be a nail bitter to the very end and i cannot wait to see what sort of action this match yields.