Spain vs Russia: A Mismatch or a Surprise?

← Uruguay vs Portugal: Will this be a close encounter?
Croatia vs Denmark: Will the Danes be Outclassed? → 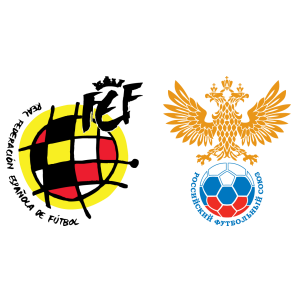 Spain vs Russia is one of those matches where we will either get a one sided affair or we will get the biggest upset of the world cup. All the same the two teams have had different performances in the group stage and the more unlikely of the two, Russia, the host nation cruised through this stage rather emphatically. They had a massive win against Saudi Arabia in their opening match with a 5-0 win and they later trounced Egypt 3-0 to secure but faltered against Uruguay who beat them 3-0. This performance from Russia in the group stage was definitely a morale booster.

Spain on the other hand have struggled to perform at their peak all through the group stage of the competition. They had a three goal thriller against Portugal in their opening match that ended in a draw and later on played with Morocco that ended up in 2-2 draw as well. The latter draw was a bit of a let down from them given they are of a better pedigree in football compared to Morocco and this performance was below their standards. They played Iran whom they had a 1-0 win but still a dismal performance from them. Spain being former champions of the World Cup and also having a superior team compared to Russia should stamp their authority in the 2018 World Cup with this knockout match and make their intentions clear.

Spain vs Russia will be a thriller depending on the team that comes out to play to win. Russia have a team chemistry and they do not take their scoring opportunities for granted, and give the right circumstances they may cause an upset that will remain in the football history books. As for Spain they should play not only to win but to defend their pride, given their footballing talent this should be the match that makes a statement to the rest of the teams that they are here to win the whole thing.

This being football anything can happen, so will Spain vs Russia be a mismatch or a surprise?