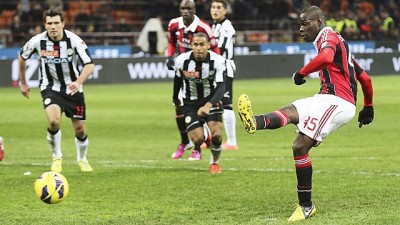 The struggling Udinese host mediocre AC Milan at Stadio Communale Friuli in a midweek clash of the Serie A. The contest will feature two clubs whose fortunes have fallen tremendously in recent seasons. While AC Milan are in the ninth position with two wins and two losses, Udinese have suffered three consecutive defeats after their opening day win against Juventus.

Udinese will be without Guilherme and Alexander Merkel, both of whom are injured in addition to the suspended Panagiotis Kone. AC Milan have a lengthy injury list with M’Baye Niang, Jeremy Menez, Luca Antonelli, Andrea Bertolacci all sidelined. Ignazio Aate has been also listed as doubtful.

“We mustn’t feel sorry for ourselves.  Now is the moment to work hard.”

“When we have the chance to kill the game, we have to take it. The important thing is that I have rediscovered the team, the right spirit and approach. We do not know how to control a game, so we must always push and aim to control the situation with stronger possession.”

According to Head-2-Head statistics, Udinese have won 28% and lost 52% of its encounters with AC Milan. Based on current form, the Milan-based club should win comfortably with a 2-0 probable scoreline.