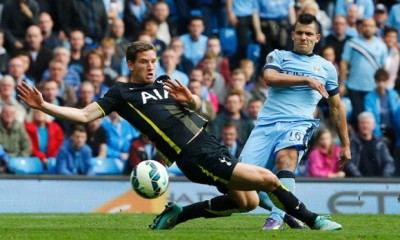 Manchester City will travel to White Hart Lane to face Tottenham Hotspur, as Manuel Pellegrini’s side aims to bounce back from their 1-2 defeat in the hands of West Ham United in Premier League last week. Tottenham have made an unconvincing start to the season once again, failing to win any of their first four matches. Pochettino’s side sits at 9th position in the league table after winning the last two league games with a 1-0 margin. In the midweek, Manchester City dispatched Sunderland in the League Cup while Spurs failed Arsenal’s challenge.

Nabil Bentaleb will miss the match through an injury, while Ryan Mason and Moussa Dembele have been listed as doubtful. Gael Clichy and Fabian Delph are confirmed absentees for Manchester City, but they are not the only injury concerns for Manuel Pellegrini because as many as seven players (David Silva, Vincent Kompany, Pablo Zabaleta, Wilfried Bony, Samir Nasri, Elaquim Mangala, Kelechi Iheanacho) all classed as doubtful.

“We have a tough game coming against Tottenham and we needed this relief, and confidence coming back. We have big experienced players who hate losing because we have experience at the high level, and we just try to stay calm and restore confidence for the next game.”

“There were a lot of positives, but in the end the feeling is bad because it was a derby and we all had the motivation to win this game. Now we need to prepare for City. We have one day less because they played Tuesday and we have to be strong.”

Both sides have defended incredibly this season, being the two teams who have conceded the least till now in the season. Manchester City have also come out victorious on eight out of last nine encounters with Tottenham Hotspur.

According to Head-2-Head statistics, Tottenham have won 38% of its matches against City till date. Although SPurs are unbeaten in their last five Premier League fixtures, Manchester City have kept a clean sheet in the last three away games. Based on current form, Manchester City should win with a probable 3-1 scoreline.