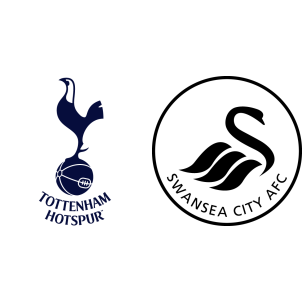 Tottenham Hotspur recorded their first win of the season at the Wembley Stadium this past midweek in a UEFA Champions League fixture against Borussia Dortmund and will be eager to follow that up with a win over Swansea City tomorrow.

Tottenham Hotspur have seven points after four games, their only loss coming to Chelsea prior to the international break. Swansea City are placed fifteenth with four points.

Swansea City lost 1-0 to Newcastle United in their last game while Tottenham Hotspur registered a 3-0 win over Everton last Saturday.

Erik Lamela, Danny Rose, Georges-Kevin Nkoudou and Vincent Wanyama are injured for Spurs. The visitors will be without the injured Nathan Dyer, Ki Sung-Yeung and Kyle Bartley.

“It’s going to be a hard game for us, there’s no question about that. But I think it’s an exciting game for us. We’re going to England’s national stadium to play in front of a massive crowd against one of the best teams in the country.”

According to Tottenham Hotspur vs Swansea City H2H Stats, the last five matches between these two clubs have resulted in four wins for Tottenham Hotspur and one draw. In fact, Tottenham have won 10 of their last 11 matches against Swansea in all competitions.

Tottenham have scored at least 2 goals in their last seven matches against Swansea in all competitions and are the clear favorites tomorrow. A 2-0 win for Tottenham Hotspur is the most likely result.