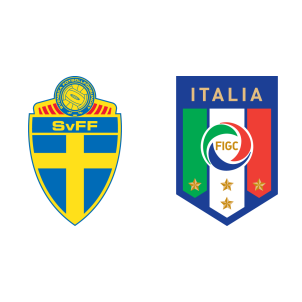 Sweden vs Italy – Sweden hosts Italy at the Friends Arena in the first leg of their second round of the 2018 FIFA World Cup qualifiers for the UEFA nations.

Italy are in a severe danger of missing out the FIFA World Cup finals for the first time since 1958, having come second in Group G behind a professional Spain.

Sweden, who were placed second in Group A behind France, will be hopeful of their chances considering the knock-out nature of the qualifiers and Italy’s recent misgivings.

Mikael Lustig is suspended for Sweden while Jimmy Durmaz is yet to regain match fitness. Albin Ekdal is likely to feature though. Italy will be without the injured Leonardo Spinazzola and Simone Zaza.

With Belotti and Immobile still not at hundred percent, Italy are short of options up front, which could be a crucial factor in the second leg on Monday. Sweden also have six players simply a yellow card away from suspension in the second leg.

“We are expecting two games in which we cannot afford to make mistakes. The stakes are so high that the idea of shedding blood and sweat is appropriate. We must give everything right to the finish.”

According to Sweden vs Italy H2H Stats, Italy have won four and drawn one of their previous five meetings with Sweden.

Italy have kept a clean sheet in five of their last seven matches against Sweden in all competitions, remaining unbeaten in all those games. It should be a closely contested affair with a 1-0 win for Italy being the most probable result.