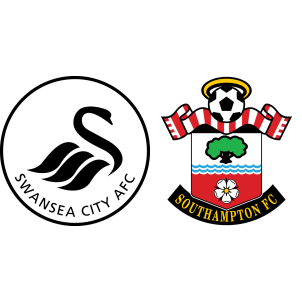 Swansea vs Southampton – Swansea hosts Southampton at the Liberty Stadium on 8th May, Tuesday in a crucial English Premier League fixture.

Swansea are eighteenth in the English Premier League standings while Southampton are seventeenth in the league – both clubs on thirty-three points and tomorrow’s result will determine which club escapes relegation.

Swansea have lost four of their previous six games, but Southampton have amassed four points in their last two matches with a win over AFC Bournemouth and a draw against Everton.

The visitors will be without the suspended Maya Yoshida and the injured Steven Davis. Sofiane Boufal has been frozen out of the side and Mario Lemina will face a late fitness test.

“I think it is just calmness. You have got to deal with pressure, you have got to think clearly. It is still very much in our hands and very quickly we will go again.”

According to Swansea vs Southampton H2H Stats, Southampton have won three, drawn one and lost one of their previous five matches against Swansea.

Whoever wins tonight will take a huge step towards survival. It should be a closely contested affair but a 2-1 win for Southampton is the most probablr result tonight.