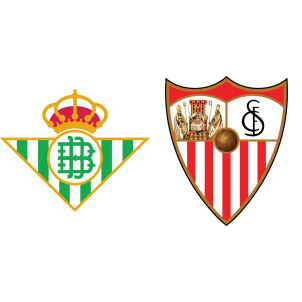 Real Betis vs Sevilla – Real Betis hosts Sevilla at the Estadio Benito Villamarin on 12th May, Saturday in a crucial La Liga fixture.

The La Liga has reached its business end with just two games remaining to play and this match’s result will play a huge role in determining the UEFA Europa League qualification next season.

Real Betis are fifth in the standings with fifty-nine points while Sevilla are seventh in the La Liga with fifty-four points. Real Betis lost 2-0 to Athletic Bilbao in their last game while Sevilla registered a 3-2 win over Real Madrid, but the hosts are in a better streak of form.

Zouhair Feddal, Dani Gimenez, Alex Alegria and Junior Firpo are sidelined through injuries for Real Betis while Sevilla will be without the ineligible Lionel Carole.

“I think we are reflecting the team that the coach wants. I think he’s fundamentally changed the outlook of the whole team. The team was perhaps a bit disillusioned and I think that the boss has brought in fresh air, a winning mentality and that excitement that makes us believe.”

According to Real Betis vs Sevilla H2H Stats, the last five matches between these two clubs have resulted in four wins for Sevilla and just one win for Real Betis.

Although Real Betis have won their last four home league fixtures, Sevilla are undefeated in their last eleven away matches against Real Betis in all competitions. It should be a closely contested affair with a 1-1 draw being the most probable result.