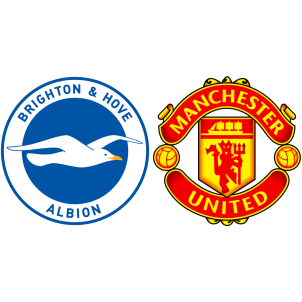 Manchester United are second in the English Premier League standings with seventy-seven points while Brighton & Hove Albion are fourteenth with thirty-seven points, failing to win any of their previous six league fixtures.

Brighton securing top-flight football for next season and Manchester United all but locking down the runners-up position in the league has mostly rendered this fixture inconsequential.

Steve Sidwell is injured for Brighton. Sergio Romero, Romelu Lukaku and Phil Jones are listed as doubts for the visitors and will face late fitness tests.

“You have to go into every game thinking you can get a result – we’ll be buoyed by our previous matches but United are in a good rhythm – these are the challenges we’ve worked so hard for.

We have an opportunity on Friday to do ourselves a big favour. If we can perform as well as we did against them on the previous two occasions then we give ourselves a chance.”

Manchester United have scored at least 2 goals in seven of their last eight matches in the English Premier League and are the clear favorites tonight. A 2-0 win for Manchester United is the most probable result.