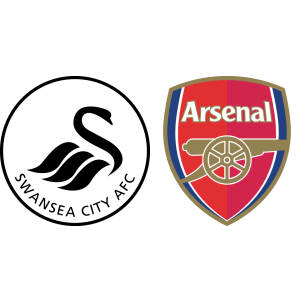 Swansea City sit at the bottom of the English Premier League standings with twenty points, same as that of the nineteenth-placed West Bromwich Albion and need a miracle of sorts to survive relegation. A 1-0 win over Liverpool last Monday has lent Swansea City some reprieve but they still have a long way to go, should they wish to remain in top division.

Arsenal pulled off an impressive 2-1 win over Chelsea in midweek to reach the finals of the League Cup, but they are placed sixth in the league table, and have an uphill battle to finish in ‘top four’, although they won against Crystal Palace in their previous league outing after a three-game winless streak.

Renato Sanches is injured for Swansea while Arsenal will be without their long-term injury concern Santi Cazorla.

“We need players to try and improve the team. We have not brought in any players but we have lost just once in seven games and against good teams.”

According to Swansea City vs Arsenal H2H Stats, Arsenal have won four and lost one of their five previous matches against Swansea City.

Also, Arsenal have scored at least two goals in six of their last seven away matches against Swansea in all competitions.

Although Swansea pulled off a surprise victory against Liverpool last week, a 2-1 win for Arsenal is the most probable outcome.