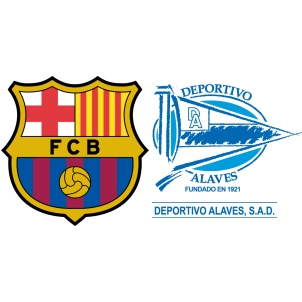 Barcelona vs Alaves – Barcelona hosts Alaves at El Camp Nou on 28th January, Sunday in a relatively easy La Liga fixture as the leaders aim to consolidate their position at the top of the table.

Barcelona have fifty-four points from seventeen wins and three draws and have opened up an eleven-point lead at the top of the table. With La Liga all but secured, the Catalan club can focus on European games and will be confident of their chances against Alaves.

Alaves, who sit just three points above the relegation zone, drew 2-2 against Leganes in their last game and now have nineteen points after twenty matches, as they sit in the sixteenth position in the league table.

Hector Hernandez, Carlos Vigaray and Burgui are injured for Alaves while Tomas Pina and Rodrigo Ely are suspended.

According to Barcelona vs Alaves H2H Stats, Barcelona have won four and lost one of their previous five matches against Alaves. Barcelona have scored at least 2 goals in their last twenty-one home matches in the La Liga and are the clear favorites on Sunday.

Alaves’ defence has been a cause of concern this season and a comfortable win for Barcelona is on the cards with a 3-0 result in favour of the home side being the most probable outcome.