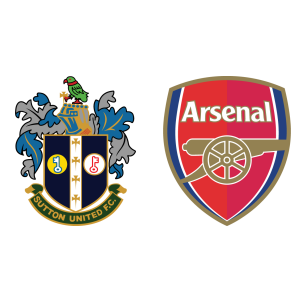 Sutton United vs Arsenal – Arsenal travel to Borough Sports Ground to face Sutton United in the fifth round of the FA Cup on 20th February, Monday.

Sutton, the lowest ranked team left in competition, participants of the National League. With Lincoln City and Milwall knocking out Premier League clubs earlier this week, Sutton United would love to recreate the magic of the FA Cup in what is expected to be one of their most memorable games of the season.

Arsenal will look to bounce back from their demoralizing 5-1 loss at the hands of Bayern Munich in the UEFA Champions League last week.

Sutton United have a completely healthy squad to choose from, but Arsenal will be without the injured Santi Cazorla, Aaron Ramsey, Mathieu Debuchy and Yaya Sanogo.

“[The biggest dangers are] first of all the pitch, secondly their enthusiasm and thirdly if we are not ready for a big fight and subconsciously think that they are a non-league team and it is no matter. That will not happen.

Ideally, we would like to play on a normal pitch but it has been accepted and the competition is to deal with what you face. We will face an unusual pitch and we will have to deal with it.”

According to Sutton United vs Arsenal H2H Stats, these two clubs have never faced each other before in a competitive fixture.

The pressure continues to mount upon Arsene Wenger with FA Cup being the only trophy Arsenal can realistically win this season.

Arsenal will be the favourites tonight and are likely to win 2-0.