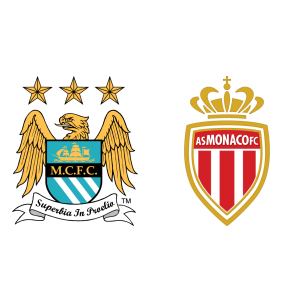 Manchester City vs Monaco – Manchester City hosts AS Monaco at the Etihad on 21st February, Tuesday in the first leg of their UEFA Champions League Round of 16 tie.

Manchester City finished second behind Barcelona in Group C to set up a meeting with Ligue 1 club AS Monaco who finished top of Group E ahead of Bayer Leverkusen and Tottenham Hotspur.

Manchester City have a relatively easy draw in the Round of 16 and with Arsenal, the other English club in the competition all but knocked out, Pep Guardiola’s side going through would be crucial for the English teams’ co-efficient ranking.

Vincent Kompany, Gabriel Jesus and Ilkay Gundogan are sidelined through injuries while Gael Clichy is listed as a doubt. Jemerson is suspended for the visitors while Boschilia is injured.

“To be here is not easy. I want to convince the players to enjoy that moment. It is beautiful. People can think Manchester City have to be here but a lot of big clubs are not here. We are lucky guys. All of Europe will watch us, to analyse us, to kill us if we don’t win or say how good we are if we do.”

According to Manchester City vs Monaco H2H Stats, these two clubs have never faced each other in a competitive fixture before. There have been over 2.5 goals scored in Monaco’s last 3 games in the UEFA Champions League, although both clubs drew their respective previous matches this past weekend – while Manchester City played out a goalless draw against Huddersfield in the FA Cup, Monaco drew 1-1 against Bastia.