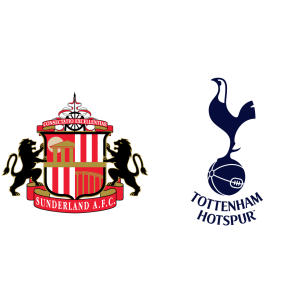 Tottenham Hotspur are third in league standings with forty six points and played out a 2-2 draw against Manchester City in their last league outing. Tottenham Hotspur are the form club of the competition and even defeated league leaders Chelsea a few weeks back. With Chelsea having a difficult away trip to Liverpool tonight, Tottenham could close the gap in the title race.

Sunderland sit at the bottom of the English Premier League with fifteen points and have not won any of their last five league matches. They were beaten 2-0 by West Bromwich Albion in the last game and are the most likely to get relegated this season.

The visitors will be without the injured Jan Vertonghen, Georges-Kevin Nkoudou, Kieran Trippier and Erik Lamela.

According to Sunderland vs Tottenham Hotspur H2H Stats, the last five English Premier League matches between these two clubs have resulted in four wins for Tottenham and one draw.

In fact, Tottenham Hotspur are unbeaten in thirteen of their previous fifteen matches against Sunderland in all competitions.

Tottenham Hotspur are the clear favorites tonight and are likely to win 3-0 tonight.