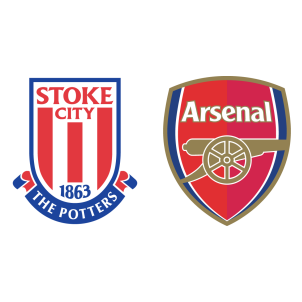 The Gunners need to win all of their remaining three league matches as well as hope that some of the other results go their way to have a shot at qualifying for the UEFA Champions League next season.

Stephen Ireland and Ibrahim Afellay are sidelined through injuries for the hosts while the visitors will be without the injured Santi Cazorla.

“Traditionally there is a fierce rivalry and they had always a very direct game against us. Stoke are now regular participants in the Premier League for years, and that means that anybody who goes there is in trouble. We have to show character again. We know we have to play to win the games, so let’s keep the focus on the way we want to play and on our team spirit.”

It should be a closely contested affair but Arsenal are likely to win 2-1 tonight.