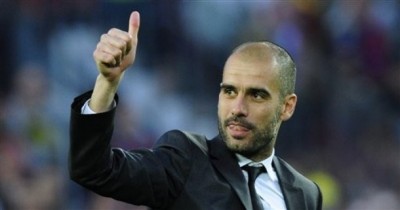 Manchester City have travelled to Romania to face Steaua Bucharest at the National Arena on 16th August, Tuesday in the first leg of the UEFA Champions League qualifier play-offs.

Manchester City have travelled without Yaya Toure in the squad. The midfielder was sold by Guardiola during their time at Barcelona and didn’t start Saturday’s league fixture either. Joe Hart, on the other hand, is expected to resume his goalkeeping duties having lost his place to Willy Caballero in the weekend.

Wilfred Bony, Samir Nasri and Elaquim Mangala have been left out of the Champions League squad while Ilkay Gundogan is injured.

“Yaya is training amazing but I was not sure he was going to play so I would prefer him to stay in Manchester. We travelled with two young guys and for the selection I prefer it to be the young guys than Yaya.

We are going to try to score goals and try to convince the players how important it is to play in the Champions League.”

Steaua Bucharest manager Laurentieu Reghecampf, meanwhile, remains confident that his side can provide Manchester City with an effective challenge.

“We saw City play Sunderland and have all the information to play football well and achieve a positive result.

Even if we face a big team, even if we face the best coach in the world with fantastic results, it is a huge chance for us to prove ourselves. I am very confident that we will qualify for the group stage again.”

According to Head-2-Head statistics, Manchester City have never played any games against Steaua Bucharest. Pep Guardiola’s side are likely to win 3-0.