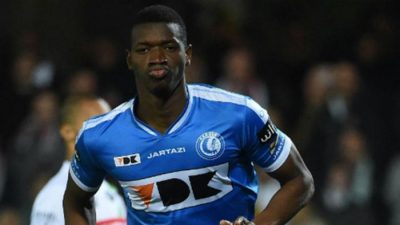 Gent will host Shkendija in the first leg of the UEFA Europa League play-off at the Ghelamco Arena on 18th August, Thursday. While Gent came second in the Belgian Pro League last season, Shkendija stood sixth in the Macedonian Premier League and had to face tough competition to make it to this stage of the European competition.

While KAA Gent are experienced campaigners in this kind of European fixtures, it is only the eighth European tie for the Macedonian club Shkendija. The Belgian club are firm favorites for this tie, but Shkendija have beaten all odds to reach so far into the competition.

The Macedonian club has already beaten stronger opponents like Cracovia, Nefci and Mlada. Gent, on the other hand, will have to cope with the expectations of their fans and the sports media having won their last European tie 5-0.

Kalifa Coulibaly is arguably Gent’s most significant player as the Belgian team’s entire offensive setup rests on Coulibaly, who has already scored twice in this season’s UEFA Europa League.

Having started their Europa League campaign way back in the first round, Shkendija could become the first Macedonian club to enter the group stage of the UEFA Europa League. For a club who could not make it past the first qualifying round in their previous two attempts, this season is already a success.

According to Head-2-Head statistics, Gent and Shkendija have never played each other in a competitive fixture before. Gent, however, came across another Macedonian club FK Vardar ten years back.

The odds for a Gent win are at a lowly 1.20 while a draw is 7.00 and a Gent loss is 15.25, signifying that this match is expected to be a cakewalk for the Belgian club and the Macedonian side are extremely unlikely to cause an upset.

Gent are likely to win the first leg by a 2-0 scoreline and eventually progress to the group stages of the UEFA Europa League.