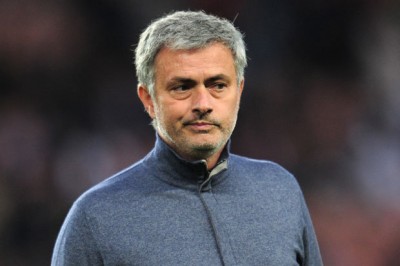 Manchester United begin a new era under Jose Mourinho when they take on AFC Bournemouth at Dean Court on 14th August, Sunday in their first English Premier League fixture of the season. The Manchester-based club finished outside Champions League positions last season but are the front-runners for the Premier League title this season with a variety of new signings and a new manager at helm.

AFC Bournemouth managed to stay up in the top flight last season by finishing in the sixteenth position with forty two points and will be expecting a more difficult battle for survival this season.

Tyrone Mings and Junior Stanislas are ruled out with injuries for Bournemouth but Jordon Ibe could make his debut. Manchester United will be without their record signing Paul Pogba and Chris Smalling, both of whom are suspended. Manchester United’s other new signings Zlatan Ibrahimovic, Henrikh Mkhitaryan and Eric Bailly could make their Premier League debuts.

I think we have improved but I think everybody else will have at the same time so the challenge is going to be tougher – and we need to make sure we respond.”

“We feel that we are candidates to win the title. Many more think the same way as us but they are afraid to say it. They prefer to play a defensive game in words.

I think Manchester United has to say we want to win the title. At the end of the season if we are not champions because someone is better than us then great, that’s football.”

According to Head-2-Head statistics, Manchester United have won once and lost once in their last two meetings with AFC Bournemouth. AS Bournemouth have failed to win five of their previous six Premier League matches, Jose Mourinho’s men are likely to win 3-0 tomorrow.