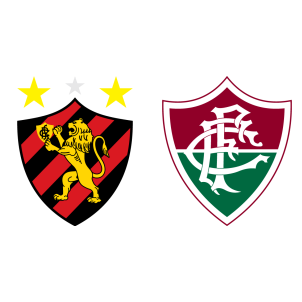 Sport Recife are sixth in the league standings with twenty-seven points while Fluminense are thirteenth with twenty-one points after sixteen games. Fluminense are coming off a 1-0 loss at the hands of Corinthians and have won only one of their previous six league matches (against Coritiba in a 2-1 away win).

Sport Recife won 3-1 against Bahia in their last game, after a 2-0 loss to Palmeiras in the preceding fixture and are in a decent vein of form, with four wins in last six games.

Osvaldo and Rogerio are sidelined through injuries for the home side while the visitors will be without the injured Junior Sornoza, Pierre, Douglas, Renato Chaves, Gum, Reginaldo and Marquinho.

According to Sport Recife vs Fluminense H2H Stats, the last five matches between these two clubs resulted in two wins for Sport Recife, two draws and one win for Fluminense.

There have been over 2.5 goals scored in five of Sport’s last six games in the Brasileirao Serie A. With the visitors struggling on the defensive aspect of the game, Sport Recife are likely to score.

Fluminense have had a tendency to let go of leads this season, a trend which could cost them dearly in the long run. A 2-1 win for Sport Recife is the most likely result tonight.