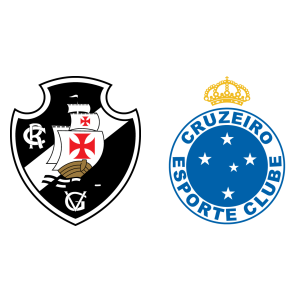 Both these clubs have won only two of their last six games – Vasco da Gama losing 1-0 to Atletico PR and Cruzeiro playing out a goalless draw against Vitoria in their last league fixture. In fact, Cruzeiro have failed to win any of their last four league games, drawing three of those matches.

Kelvin, Luis Fabiano and Breno are sidelined through injuries for the hosts while the visitors will be without the injured Manoel, Dede, Rafinha, Alejandro Ariel Cabral and the suspended Diogo Barbosa.

According to Vasco da Gama vs Cruzeiro H2H Stats, the last five matches between these two clubs have resulted in two wins for Cruzeiro, one win for Vasco da Gama and two draws.

There have been under 2.5 goals scored in fourteen of Cruzeiro’s last seventeen games, while Vasco da Gama have failed to score in any of their last three home matches. Both Vasco da Gama and Cruzeiro are still in race for a spot in the Copa Libertadores and a positive result for either side will be crucial.

A 1-1 draw is the most likely result tonight.