Croatia vs Denmark: Will the Danes be Outclassed?

← Spain vs Russia: A Mismatch or a Surprise?
Brazil vs Mexico: The South Americans Clash → 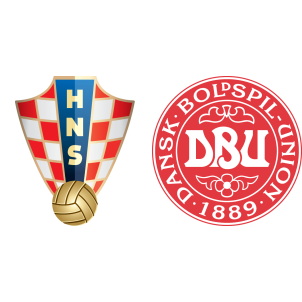 Croatia vs Denmark will be a technical game for both teams, Croatia being the favorites in this match up. Denmark on the other hand have had mixed results in the group stage but they managed to do enough to proceed to the knockout stages and as we have seen, at this stage of the 2018 World Cup just doing enough will not give you the outcome you desire. Argentina did just enough but they were still knocked out of the competition. On a head to head basis Croatia has been given a 52% chance to win while Denmark has been given a 19% chance to win while a 29% chance for draw has been predicted.

The predictions are pro Croatia for obvious reasons, they have proven their worth in the group stages of the competition against stand up rivals like Argentina and Nigeria and they still prevailed. They won all their games in the group stage and a considerable win against Argentina with a 3-0 win which was a clear statement to the rest of the teams in the 2018 World Cup. Croatia have a clear advantage over Denmark given their footballing talent, the likes of Ivan Rakitic, Mario Mandzukic, and Lucas Modric have been instrumental in their tactical play throughout the competition. Their coach rested 9 of the starting players in their game against Iceland and they still won 2-1 which proves that they have a strong bench as well to boot.

Denmark on the other hand have not had an impressive group stage performance even though they waded through the competition to make it to the knockout stages. Their performance has been a mix of drawn matches and slim wins and they have struggled to use their star players like Christian Eriksen and Thomas Delaney to bring that spark that they need. If they play as they played against France and deny Croatia scoring chances then we could see the match end up in a stale mate but if they attack and forget to seal their defense Croatia will punish them as they have proven before.

Denmark have a 9 wins and 9 drawn matched in their previous 18 games and this is an impressive record and if they carry on as they have we may see a different side show up ready to win. Croatia vs Denmark will either a one sided affair or we will see and exciting match build up all the way to a dramatic end. But if the pundits predictions hold, then Croatia will cruise through to the quarter finals.