← Who Will Be Liverpool’s New Manager?
Kazakhstan vs Netherlands – UEFA Euro Qualifiers – Preview → 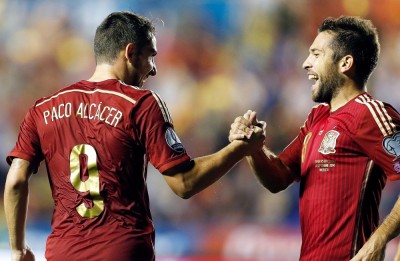 Spain take on Luxembourg in a Group C encounter of the UEFA Euro Qualifiers on Friday, October 9th as the final permutation and combinations for qualifying begin. A win in their 150th UEFA European championship game at home will guarantee Spain a place at Euro 2016. While Spain sit on top of the group with 21 points after 8 matches, Luxembourg is one place off the bottom with 4 points.

Diego Costa is suspended for the tie and Del Bosque has expressed his disappointment over the disciplinary issues concerning the Chelsea forward. Real Madrid duo Sergio Ramos and Dani Carvajal have been withdrawn from the squad owing to injuries. Andres Iniesta will also miss out due to a knock.

Chris Philipps is suspended for Luxembourg.

Spain are unbeaten in their last thirty one home qualifiers (with twenty seven victories) and have won their last sixteen in UEFA European Championships. Luxembourg meanwhile have lost their last six competitive away games and have not won in eighteen away qualifiers since defeating Switzerland in 2008.

Spain have won in all of their fourteen encounters with Luxembourg in all age-group of the UEFA European Championships, according to Head-2-Head statistics. It should be a relatively comfortable win for Spain, with 3-0 being the most probable scoreline.