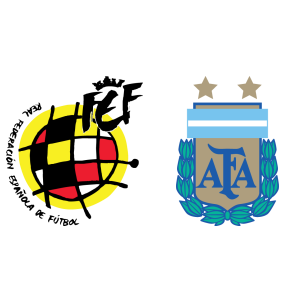 Spain vs Argentina – Spain hosts Argentina at the Wanda Metropolitano, Madrid on 27th March, Tuesday in their latest international friendly.

Spain played out a 1-1 draw against Germany in their previous international friendly while Argentina secured a 2-0 win over Italy.

Both these nations are favorites to win the FIFA World Cup this summer and this would be the last opportunity to try out some of their younger players – Spain have been drawn in Group B alongside Iran, Morocco and Portugal while Argentina are in Group D with Croatia, Iceland and Nigeria.

David Silva is unavailable due to personal reasons while Argentina have a lengthy list of absentees due to injuries in Eduardo Silva, Sergio Aguero, Lionel Messi and Manuel Lanzini. Marcos Rojo is also listed as a doubt.

“Spain already has its team and knows how it will play at the World Cup. We have to find that certainty. At this moment, I feel that I’m coaching the best player [Lionel Messi] in history. This is a guy who has stayed as the best in the world for 10 years. It’s difficult to assume a level of control when your leader knows he’s better than you, he executes things like nobody else.”

According to Spain vs Argentina H2H Stats, Spain have won three and lost two of their previous five matches against Argentina. Argentina have often struggled with their defensive organization and will start as the underdogs against a confident Spain.

A 2-1 win for Spain is the most likely result tonight.