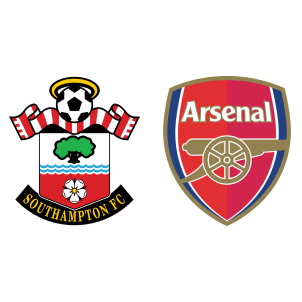 Southampton vs Arsenal – Southampton hosts Arsenal at the St. Mary’s Stadium on 28th January, Saturday in the fourth round of the FA Cup.

Southampton defeated Liverpool in the midweek to progress to the finals of the League Cup where they will be playing Hull City and will be hopeful of their chances against Arsenal, who have shown tendencies to stumble occasionally.

Arsenal came back from behind to defeat Preston North End 2-1 in the third round of the FA Cup while Southampton needed a replay to get past Norwich City in a 1-0 win at home, following a 2-2 draw away.

The visitors will be without the suspended Granit Xhaka and the injured Santi Cazorla, Chuba Akpom, Yaya Sanogo, Mathieu Debuchy and Per Mertesacker. Mohamed Elneny is on international duty.

“Southampton are on a high because they just qualified in the League Cup at Liverpool. So we are warned, and some players who come in will need to be on the front foot from the start on.

It matters when we score for my health, yes, but for the end result it doesn’t matter too much. As long as you win the games.”

According to Southampton vs Arsenal H2H Stats, the last five matches between these two clubs have resulted in three wins for Southampton, one draw and one win for Arsenal. In fact, Southampton are undefeated in their last 5 home matches against Arsenal in all competitions.

Arsenal are undefeated in 17 of their last 18 matches in the FA Cup. Southampton have scored at least 2 goals in their last 3 home matches against Arsenal in all competitions.

It should be a closely contested affair but Arsenal are likely to win 2-1 tonight.