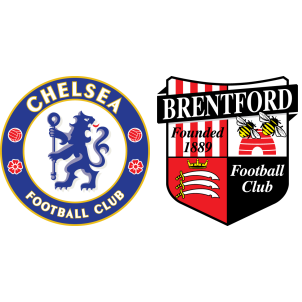 Chelsea vs Brentford – Chelsea host Brentford at the Stamford Bridge on 28th January, Saturday in a relatively easy fourth round fixture of the FA Cup.

Chelsea are comfortably sitting atop the English Premier League standings while their opponents Brentford are in the Championship.

Chelsea won 4-1 against Petersborough United in the third round of the FA Cup while Brentford saw off Eastleigh in a 5-1 win in the corresponding fixture.

Chelsea have a completely healthy squad to choose from, but Antonio Conte is expected to make a number of changes to his starting eleven. Brentford will be without Alan Judge, Lewis MacLeod, Alan McCormack, Sam Saunders and Callum Elder, all of whom are sidelined through injuries or regaining match fitness.

“We play two very tough games against two rivals for the league, but for me now my focus and concentration is to go into the next round of the FA Cup, and I hope the same thought is in the mind of my players. Every competition must be a priority for us. To have another competition with the league is very important, because also this season we didn’t play in the Champions League or the Europa League.”

According to Chelsea vs Brentford H2H Stats, the last two FA Cup meetings (in the 2012/13 season) between these two clubs resulted in a draw and one win for Chelsea, with the Blues needing a replay at home to get past the Bees.

The last time Brentford defeated Chelsea was back in the 1938/39 season of the Premier League. Chelsea have scored at least 2 goals in 6 of their last 7 matches in the FA Cup and are likely to win 3-1 tonight.