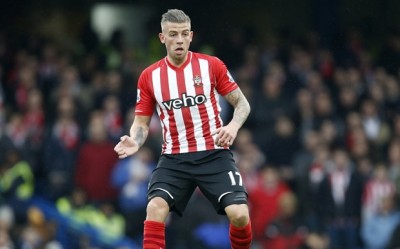 Southampton is prepared to take legal action on Atletico Madrid over the future of Toby Alderweireld. The Belgian spent 2014/15 season on a loan at the Premier League club and established himself as a regular in Ronald Koeman’s side. Alderweireld was one of the crucial components of the Southampton side which took the Premier League by storm last season and eventually finished eighth, way above pre-season projections.

Alderweireld returned to Atletico at the end of his loan, but has been linked to a host of Premier League clubs. The La Liga club had offered Alderweireld to Premier League champions Chelsea, as a part of a deal to bring back Filipe Luis to Vicente Cauldron but the Blues refused, holding out for a straight cash deal for the left-back. In the recent days, Tottenham Hotspur has been the favourites to sign the Belgian for a fee around £11.5m as Pauchettino aims to bolster up his defense ahead of the new seasons.

However, according to Southampton, they had a contract with Atletico which said the player’s loan deal will be permanent with a fee payment of £7m, unless Atletico chose to cancel it by paying the Saints £1.5m instead. According to the people in charge of transfers at Southampton, Atletico had not cancelled the previous option within the stipulated time. As a result, automatically, Alderweireld’s temporary contract becomes permanent. Should Atletico choose to sell the Belgian elsewhere, Southampton’s lawyers will take the matter to court. The Saints have threatened to file charges with the Football Association as well as the FIFA.

Matters could take an interesting turn with Daniel Levy already in Spain, to finalize a deal. As of now, Toby Alderweireld’s future hangs in balance between three clubs.