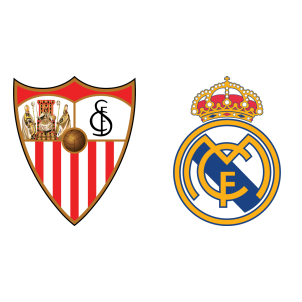 Sevilla vs Real Madrid – Real Madrid have travelled to Ramon Sanchez Pizjuan to face Sevilla in the second leg of the Round of 16 Copa del Rey clash.

Sevilla lost the first leg 3-0 at Santiago Bernabeu courtesy James Rodriguez’s excellent performance which included a brace. Real Madrid, sitting comfortably atop the La Liga standings, with forty points have had an excellent season so far domestically as well as in Europe.

Sevilla are second in La Liga standings with thirty six points, ahead of Barcelona by one point and will look to continue their promising home form when Real Madrid visit for the Copa del Rey tie.

The visitors will be without Luka Modric, Cristiano Ronaldo, Isco and James Rodriguez for the second leg and would need to rely on their reserve depth to secure qualification for the last eight of the competition.

“We’ll have to overcome problems, I’m sure about that. They are going to come out strongly. I know how football is and when you lose 3-0, the start of the game is going to be tough and difficult. We have to be ready at the start of the game. Then we’ll see how the game evolves. We’re looking forward to a very tough game and we’re going to have to overcome problems, I’m sure of that.”

According to Sevilla vs Real Madrid H2H Stats, Real Madrid have won three and lost only one of their previous five meetings with Sevilla in all competitions. The last time these two clubs met in the Copa Del Rey before this season was in the 2010/11 season when Real Madrid won by a combined scoreline of 3-0 over both legs.