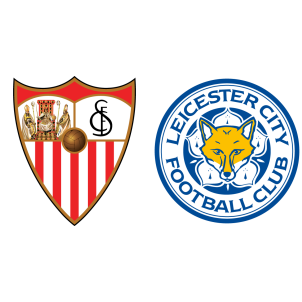 Sevilla vs Leicester City – Leicester City travel to Ramon Sanchez Pizjuan on 22nd February, Wednesday to face Sevilla in the first leg of their UEFA Champions League Round of 16 tie.

Leicester City have had a miserable domestic season and are one point off the relegation zone, struggling on the seventeenth position in the Premier League standings. Sevilla are third in the La Liga standings and will go into this match as clear cut favorites.

Benoit Tremoulinas and Michael Krohn-Dehli are sidelined through injuries for the home side. The visitors will be without the injured Islam Slimani.

“Our best defense will be linked to our attack and possession of the ball, knowing that the loss has to be in a place where we recover fast, knowing that if we enter a blow to blow with a team that surpasses us in that we will suffer.”

“Sevilla could be the turning point, it could be everything.  We can lose – it’s OK, nothing happens. But if we win, if we do a very good game, something inside could change. We need one match like this.”

According to Sevilla vs Leicester City H2H Stats, these two clubs have never faced each other before. Sevilla have kept a clean sheet in 6 of their last 7 matches in the UEFA Champions League.

It should be a closely contested affair but Sevilla are likely to win 2-1.